More than 80 percent of people with depression in the general population aren’t eligible for clinical trials of antidepressant drugs, according to a study in the Journal of Psychiatric Practice. The journal is published by Wolters Kluwer.

At least five patients would need to be screened to enroll just one patient meeting the typical inclusion and exclusion criteria for antidepressant registration trials (ARTs), suggests the new research by Drs. Sheldon Preskorn and Matthew Macaluso of University of Kansas School of Medicine-Wichita and Dr. Madhukar Trivedi of Southwestern Medical School, Dallas. The study highlights some major differences between patients with depression seen in everyday clinical practice and those enrolled in ARTs—the studies of antidepressants that lead to FDA drug approval.

Most Patients with Major Depression Aren’t Eligible for ARTs

Antidepressant registration trials use certain inclusion and exclusion criteria to create a group of patients with similar characteristics. These criteria increase the chances of detecting true drug effects, while reducing “false signals” of safety problems or side effects. For example, ARTs commonly exclude patients with other medical problems - if their illness worsened during the study, it might raise inaccurate safety concerns about the drug being studied.

To find out how these inclusion and exclusion criteria affect patient selection for ARTs, the researchers analyzed more than 4,000 patients from the Sequenced Treatment Alternatives to Relieve Depression (STAR*D) study. Funded by the National Institute of Mental Health, STAR*D was the largest and longest study of depression treatment ever conducted. To ensure that the “real world” population of patients with depression was represented, STAR*D used minimal exclusion criteria.

The researchers found that more than 82 percent of STAR*D patients would not be eligible for enrollment in current ARTs, based on a list of “usual” inclusion and exclusion criteria. Fourteen percent would be excluded on the basis of age alone—that’s because most ARTs exclude patients older than 65. Another 15 percent would be excluded because their depression was less severe than a commonly used cutoff point.

More than 20 percent of STAR*D patients would be excluded from ARTs because of a “clinically significant or unstable general medical condition.” Twenty-one percent of women would be excluded because they were not using birth control to prevent pregnancy during the study. 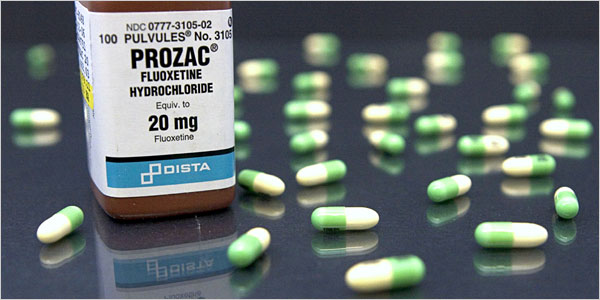 Because many ARTs use stricter criteria, the true exclusion rate is probably even higher, the authors note. For example, more recent studies have used even higher severity thresholds for enrollment, which would eliminate more than 90 percent of the STAR*D population. The researchers also point out that all of the STAR*D patients had obviously agreed to participate in that research study—which is something many people with depression might be unwilling to do.

The researchers hope their work will help drug developers understand how inclusion and exclusion criteria may affect enrollment in ARTs, and help them in developing an appropriate recruitment plan and timeline. “The timelines in most drug studies are unrealistically short and their recruitment plans are often woefully inadequate, resulting in studies that take longer than expected to complete and frequent budget overruns,” Drs. Preskorn, Macaluso, and Trivdei write. Failure to consider the effort needed for ART recruitment might lead to lost revenue, delays in bringing a drug to market, or failure to develop a potentially effective medication.

The findings may also help to explain to healthcare practitioners why ARTs tend to overestimate the benefits of antidepressant treatment in “real world” patients with depression. “Obviously,” the researchers add, “the more patients who are excluded from the ARTs, the greater the chances that the results will not generalize to the routine clinical practice.”

About Journal of Psychiatric Practice

Journal of Psychiatric Practice®, a peer reviewed journal, publishes reports on new research, clinically applicable reviews, articles on treatment advances, and case studies, with the goal of providing practical and informative guidance for clinicians. Mental health professionals will want access to this journal—for sharpening their clinical skills, discovering the best in treatment, and navigating this rapidly changing field. John M. Oldham, MD, is the editor in chief and past president of the American Psychiatric Association.

Wolters Kluwer is a global leader in professional information services. Professionals in the areas of legal, business, tax, accounting, finance, audit, risk, compliance and healthcare rely on Wolters Kluwer’s market leading information-enabled tools and software solutions to manage their business efficiently, deliver results to their clients, and succeed in an ever more dynamic world.

Wolters Kluwer reported 2014 annual revenues of €3.7 billion. The group serves customers in over 170 countries, and employs over 19,000 people worldwide. The company is headquartered in Alphen aan den Rijn, the Netherlands. Wolters Kluwer shares are listed on NYSE Euronext Amsterdam (WKL) and are included in the AEX and Euronext 100 indices. Wolters Kluwer has a sponsored Level 1 American Depositary Receipt program. The ADRs are traded on the over-the-counter market in the U.S. (WTKWY).