Personalized Schizophrenia Treatment on the Way?

Although schizophrenia patients with the 22q11.2 gene deletion (22q11.2DS) respond to clozapine (multiple brands) at a lower dose than other patients, they experience more serious adverse events, say Canadian researchers in findings that may pave the way for personalized medicine in this difficult-to-treat patient population.

The proof-of-concept study, from the Centre for Addiction and Mental Health and Institute of Medical Science at the University of Toronto, Canada, showed that patients with the deletion experienced similar clinical improvements and significant reductions in hospitalizations at a lower median dose of clozapine.

However, patients with the 22q11.2DS deletion were also substantially more likely to experience serious adverse events, particularly seizures, prompting the researchers to suggest that lower clozapine doses and prophylactic measures against seizure are recommended in this group.

“We strongly believe that, and certainly the families and the patients also give us this feedback, that having these molecular diagnoses and understanding their genetic underpinnings is clinically important for the patients and their families,” said study coauthor Anne S. Bassett, MD, FRCPC.

“This is one more aspect of this that is touching on things that are…fundamental for the treatment of major psychiatric illness in this condition,” Dr Bassett added.

The research was published in the June issue of the British Journal of Psychiatry.

Moving Away From Trial and Error

Lead investigator Nancy J. Butcher, a doctoral candidate in the Clinical Genetics Research Program, Centre for Addiction and Mental Health and Institute of Medical Science, University of Toronto, told Medscape Medical News that the idea of using genetic testing as a way of improving treatment for psychiatric patients has been around for a long time.

However, she added that “trying to find the right combination of medication and dosage to treat each patient’s symptoms remains a significant challenge, and it’s largely a trial-and-error process.”

The researchers studied the long-term efficacy and safety of clozapine in 40 adults with schizophrenia, of whom 20 had the 22q11.2 deletion. The remainder of the patients had no pathologic copy number variant but were matched for age and clinical severity (idiopathic group).

There was no difference, however, between the groups in the total time spent receiving clozapine therapy, the length of the longest clozapine trial, or the frequency of adjunct antipsychotic medication.

The two groups responded well to clozapine, with the majority of patients rated as much or very much improved, with no difference in scores on the Clinical Global Impression–Improvement scale (P = .33). Interestingly, among patients maintained on clozapine for ≥12 consecutive weeks, there was a significant reduction in the median number of psychiatric hospitalizations standardized per year in the 22q11.2DS group vs the idiopathic group, at 0.0 vs 0.73 (P = .002). 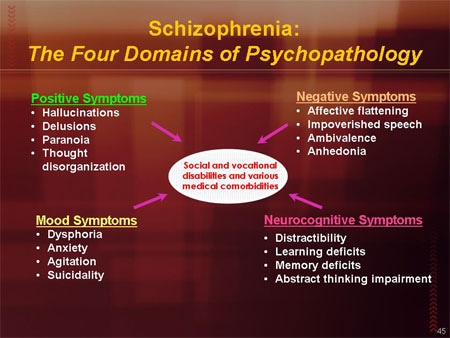 Patients with the genetic deletion were significantly more likely to experience at least one serious adverse event compared with idiopathic patients, at 10 patients vs no patients (odds ratio, 16.5). Adverse events included seizures in eight patients, severe neutropenia in five patients, and myocarditis in one patient.

One question arising from the study is whether the lower dose required for effectiveness and the increased risk for adverse events, primarily seizures, in 22q11.2DS patients are linked.

“We weren’t really able to tie those two different things directly together in our study,” said Butcher.

“Using the methods that we employed, which was a retrospective chart review of patients’ medical records, we could tell that patients responded equally as well to patients with a general form of schizophrenia at a low dose. Irrespective of that, there was higher risk of seizures.”

Dr Bassett pointed out that with clozapine, “you really want to maximize the possibility that they are able to stay on that medication, because it’s one of the few medications that’s actually known to be somewhat more effective than other antipsychotic medications.”

“So to maximize their chances, I think the pattern of practice is quite different for these patients. It’s so important to have a molecular diagnosis for them, [and] our recommendation is to treat prophylactically for the lower seizure threshold in these patients.”

Dr Bassett continued: “I think that given the very large increase that Nancy’s shown in the seizure risk in these particular patients and the fact that we’ve had them have seizures at very low doses of clozapine, it seems reasonable and a much lower risk to treat them for the seizure risk than to have them have a seizure.”

She noted that there is also a risk of stopping clozapine and not resuming clozapine treatment just because the patient has experienced a seizure.

Another outstanding question is whether comparable differences in treatment response would be seen in other subgroups of schizophrenia patients. Butcher said: “I would say we don’t know that at this point.”

“The 22q11.2DS is the best-studied and the most well-characterized genetic subtype of schizophrenia, and this is the first study of its kind, but we think it sets an important precedent to begin to consider what other genetic forms or contributions…could potentially be playing a role in the variable medication response that one sees in patients.”

Noting that there currently are not enough data on the other schizophrenia subtypes, Dr Bassett concluded by saying that she hopes their findings will prompt more research into clinically important genetic subtypes of schizophrenia.