Exercise for patients with major depression - What kind, how intense, how often?

Exercise has been shown to be an effective treatment for major depressive disorder (MDD), both when used alone and in combination with other treatments. There’s now sufficient research data to provide specific guidance on how to prescribe exercise for depressed patients, according to a report in the May Journal of Psychiatric Practice®. The journal is published by Lippincott Williams & Wilkins, a part of Wolters Kluwer Health.

“Despite the substantial evidence supporting the use of exercise in the treatment of MDD, previous studies have not provided a clear indication of the proper dose of exercise needed to elicit an antidepressant effect,” write Chad Rethorst, PhD, and Madhukar Trivedi, MD, of the Department of Psychiatry at the University of Texas Southwestern Medical Center, Dallas. To fill this gap, the authors reviewed available data from randomized controlled trials, with the goal of developing specific and detailed recommendations for clinicians on how to prescribe exercise for their patients with MDD.

Randomized trials have shown that exercise is effective in reducing depressive symptoms in patients with MDD, on its own and in conjunction with other treatments, such as antidepressant medication and/or psychotherapy. Exercise may help to meet the need for cost-effective and accessible alternative therapies for depressive disorders - particularly for the substantial number of patients who don’t recover with currently available treatments.

Based on the available data, aerobic exercise is the preferred form of exercise for patients with MDD - although there is also support for resistance training, Drs Rethorst and Trivedi note. In terms of session frequency and duration, they recommend that patients participate in three to five exercise sessions per week, for 45 to 60 minutes per session.

The idea that regular exercise can improve symptoms of depression and anxiety is not new. Hippocrates was the first Western physician to prescribe this treatment 2,500 years ago, and doctors have been recommending it to their patients ever since. All the evidence accumulated by modern science says it works. If you suffer from major depression, exercise probably won’t be the only treatment you’ll need, but it will help along with your treatment plan. Whereas medication and counseling can take weeks to work, you can start feeling the positive effects of exercise right away.

Anti-depressant medications that affect levels of the brain chemicals serotonin and norepinephrine appear to reduce the negative feelings and thoughts associated with depression, as well as many of the physical symptoms, such as changes in appetite and sleep, fatigue, muscle tension, and soreness. But people react differently to medications, seeing changes in some areas but not others. Some don’t respond to these medications at all. Exercise can enhance the benefits of antidepressant medications, and even produce similar results.

Positively effects the same neurotransmitters that antidepressant medications target
Produces feel-good brain chemicals called “endorphins,” which promote the sense of well-being and satisfaction
Releases tension in muscles that contributes to depression-related soreness and insomnia
Reduces levels of the stress hormone cortisol, relieving feelings of anxiety and agitation
Raises body temperature, which appears to have calming effects 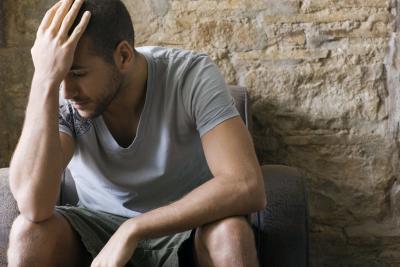 Data suggest that patients may experience improvement in depressive symptoms as little as four weeks after starting exercise. However, Drs Rethorst and Trivedi emphasize that the exercise program should be continued for at least ten to twelve weeks to achieve the greatest antidepressant effect.

Some people have questioned whether patients with MDD will be willing to participate in an exercise program. But Drs Rethorst and Trivedi note that, in the studies they reviewed, only about fifteen percent of patients dropped out of exercise programs -comparable to dropout rates in studies of medications and psychotherapy.

The authors discuss strategies that may help improve adherence to exercise programs, such as consulting patients about their preferred types of exercise and providing individualized educational materials and feedback. They also provide some practical tips for clinicians on how to estimate exercise intensity using readily available information.

Results of this relatively large, single-center clinical trial indicate that exercise is a feasible therapy for patients suffering from MDD and may be at least as effective as standard pharmacotherapy. As reported previously, the majority of patients in all three treatment groups exhibited a clinically significant reduction in depressive symptoms at the end of 4 months of treatment. The analyses presented in this report indicate that in most instances these improvements persisted for at least 6 months after the termination of treatment. Among patients who had been assessed as being in full remission at the end of the 4-month treatment period, participants in the exercise group were less likely to relapse than participants in the two groups receiving medication. Interestingly, combining exercise with medication conferred no additional advantage over either treatment alone. In fact, the opposite was the case, at least with respect to relapse rates for patients who initially responded well to treatment. This was an unexpected finding because it was assumed that combining exercise with medication would have, if anything, an additive effect. The reasons for this are open to speculation.

It was apparent that there may have been some “antimedication” sentiment among some study participants, as evidenced by expressions of disappointment when notified of their assignment to a group in which they would receive medication in addition to exercise. During treatment, several in the combined group mentioned spontaneously that the medication seemed to interfere with the beneficial effects of the exercise program. It is unclear how this would occur physiologically, and the explanation might have more to do with psychological factors.

One of the positive psychological benefits of systematic exercise is the development of a sense of personal mastery and positive self-regard, which we believe is likely to play some role in the depression-reducing effects of exercise. It is conceivable that the concurrent use of medication may undermine this benefit by prioritizing an alternative, less self-confirming attribution for one’s improved condition. Instead of incorporating the belief “I was dedicated and worked hard with the exercise program; it wasn’t easy, but I beat this depression,” patients might incorporate the belief that “I took an antidepressant and got better.” The possibilities here are interesting, and future research might well focus on attitudinal and attributional factors associated with patient response to exercise therapy.

Supported by Grants MH 49679, HL43028, HL49572, and MO 1-RR-30 from the National Institutes of Health. The authors thank Julie Opitek, PhD, Karen Mallow, MA, and Denise DeBruycker, BA, for their assistance in exercise testing and training, and Drs. Robert Waugh and Mohan Chilukuri for performing the medical screening examination on study participants. Pfizer Pharmaceuticals provided the medications for this study. 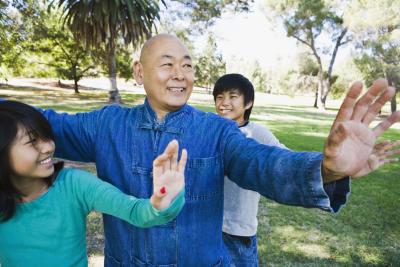 Even if the depressed patient can’t reach the target intensity and frequency levels, exercise can still be helpful. “Taken as a whole, these findings suggest that exercise doses below the current recommendations may still be beneficial for patients with MDD,” Drs Rethorst and Trivedi add. “Therefore, clinicians should encourage patients to engage in at least some exercise, even if they do not exercise enough to meet current public health recommendations.”

About Journal of Psychiatric Practice

Journal of Psychiatric Practice®, a peer reviewed journal, publishes reports on new research, clinically applicable reviews, articles on treatment advances, and case studies, with the goal of providing practical and informative guidance for clinicians. Mental health professionals will want access to this journal - for sharpening their clinical skills, discovering the best in treatment, and navigating this rapidly changing field. John M. Oldham, MD, is the editor in chief and past president of the American Psychiatric Association.